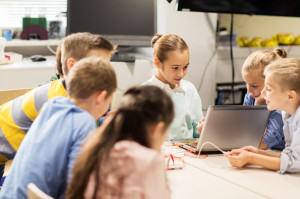 Something you may be asked about when assessing a building or performing contracting duties is to assess the risk of lead poisoning.

Lead was used for many years in paints and other products found in and around our homes, schools and office buildings. While lead-based paints were banned for use in housing in 1978, there may be a chance that any home, building, school or day care center built prior to that contains some traces of lead in paint.

There is documentation that even during the time of Socrates, lead was creating a health risk. However, it wasn’t until the late 1970s that scientists began to understand the extent of lead hazards among children and adults. That’s when studies conducted by the Center for Disease Control and psychiatrist and environment health activist Dr. Herbert Needleman, Pittsburgh School of Public Health, documented significant damage caused in children, especially in children younger than six years of age. Dr. Needleman was the first to sample the loose teeth of young children to demonstrate the incidence of childhood lead poisoning, the “silent epidemic,” and its harmful impacts at even very low levels on reduced IQ’s of children and related reading delays and behavioral problems. His work resulted in the banning of lead in gasoline and paint and a five-fold reduction in the prevalence of lead in children by the 1990s. A later study conducted by the Centers for Disease Control and Prevention (CDC) also found that children living in homes with high lead levels had lower IQ scores than children living in homes with low lead levels. The study, which was published in the journal Environmental Health Perspectives, looked at data from more than 9,000 children who were tested for lead exposure between 1997 and 2002.

Lead still poses dangers to kids, particularly in older neighborhoods. Health effects of even small doses of lead may include learning disabilities, hearing loss, and speech impairment in children; hypertension, reproductive damage, kidney damage, and neural damage in adults, and other effects on unborn children.

As a result, identifying lead sources in the environments of dwellings and work places where young children, women, workers, and others spend time, is vital to safeguarding public health. If lead testing is a service you provide, connect with us to learn how we may assist you with performing this pivotal task. Ask about the C&S Environmental Package. We have a seasoned staff of insurance and underwriting professionals with extensive experience in the specialty insurance industry.